This Agreement, sets forth the terms and conditions that apply to use of this site https://www.rozanaspokesman.in/ and all sub sites that reside under the site (collectively,”Rozana Spokesman Network Sites”), by a Subscriber. “Subscriber” means each person who establishes or accesses a connection (“Account”) for access to and use of the Rozana Spokesman Network Sites.

The Company shall have the right at any time to change or discontinue any aspect or feature of Rozana Spokesman Network Sites, including, but not limited to, content, hours of availability and equipment needed for access or use.

Subscriber shall be responsible for obtaining and maintaining all telephone, computer hardware and other equipment needed for access to and use of the Rozana Spokesman Network Sites and all charges related thereto.

Subscriber shall not upload, post or otherwise make available on the Rozana Spokesman Network Sites any material protected by copyright, trademark or other proprietary right without the express permission of the owner of the copyright, trademark or other proprietary right and the burden of determining that any material is not protected by copyright rests with Subscriber. Subscriber shall be solely liable for any damage resulting from any infringement of copyrights, proprietary rights, or any other harm resulting from such a submission. By submitting material to any public area of Rozana Spokesman Network Sites, Subscriber automatically grants, or warrants that the owner of such material has expressly granted the Company the royalty fee, perpetual, irrevocable, non-exclusive right and license to use, reproduce, modify, adapt, publish, translate and distribute such material (in whole or in part) worldwide and/or to incorporate it in other works in any form, media or technology now known or hereafter developed for the full term of any copyright that may exist in such material. Subscriber also permits any other Subscriber to access, view, store or reproduce the material for that Subscriber’s personal use. Subscriber hereby grants the Company the right to edit, copy, publish and distribute any material made available on Rozana Spokesman Network Sites by Subscriber.

The foregoing provisions are for the benefit of the Company, its subsidiaries, affiliates and its third party content providers and licensors and each shall have the right to assert and enforce such provisions directly or on its own behalf.

DISCLAIMER OF WARRANTY: LIMITATION OF LIABILITY

Rozana Spokesman Network Sites is provided on an “As Is” basis without warranties of any kind, either express or implied, including, but not limited to, warranties of title or implied warranties of merchantability or fitness for a particular purpose, other than those warranties which are implied by and incapable of exclusion, restriction or modification under the laws applicable to this agreement.

This disclaimer of liability applies to any damages or injury, caused by any failure of performance, error, omission, interruption, deletion, defect, delay in operation or transmission, computer virus, communication line failure, theft or destruction or unauthorized access to, alteration of, or use of record, whether for breach of contract, tortuous behavior, negligence, or under any other cause of action. Subscriber specifically acknowledges that the Company is not liable for the defamatory, offensive or illegal conduct of other subscribers or third-parties in cases including but not limited to any interactive communication on or through the sites and that the risk of injury from the foregoing rests entirely with subscriber(s).

In addition to the terms set forth above neither, the Company, not its affiliates, information providers or content partners shall be liable regardless of the cause or duration, for any errors, inaccuracies, omissions, or other defects in, or untimeliness or unauthenticity of, the information contained within Rozana Spokesman Network Sites, or for any delay or interruption in the transmission thereof to the user, or for any claims or losses arising therefrom or occasioned thereby. None of the foregoing parties shall be liable for any third-party claims or losses of any nature, including, but not limited to, lost profits, punitive or consequential damages. Prior to the execution of a stock trade, subscribers are advised to consult with your broker or other financial representative to verify pricing or other information. The Company, its affiliates, information providers or content partners shall have no liability for investment decisions based on the information provided. Neither, the Company, nor its affiliates, information providers or content partners warrant or guarantee the timeliness, sequence, accuracy or completeness of this information. General ADDITIONALLY, THERE ARE NO WARRANTIES AS TO THE RESULTS OBTAINED FROM THE USE OF THE INFORMATION

Subscriber agrees to defend, indemnify and hold harmless the Company, its affiliates and their respective directors, officers, employees and agents from and against all claims and expenses, including attorney’s fees, arising out of the use of Rozana Spokesman Network Sites by Subscriber or Subscriber’s Account.

The Company is a distributor (and not a publisher) of content supplied by third parties and Subscribers. Accordingly, the Company has no more editorial control over such content than does a public library, bookstore, or newsstand. Any opinions, advice, statements, services, offers, or other information or content expressed or made available by third parties, including information providers, Subscribers or any other user of Rozana Spokesman Network Sites, are those of the respective author(s) or distributor(s) and not of the Company. Neither the Company nor any third-party provider of information guarantees the accuracy, completeness, or usefulness of any content, nor its merchantability or fitness for any particular purpose.

This Agreement and any operating rules for Rozana Spokesman Network Sites established by the Company constitute the entire agreement of the parties with respect to the subject matter hereof, and supersede all previous written or oral agreements between the parties with respect to such subject matter. This Agreement shall be construed in accordance with the laws of India and courts in Delhi shall have the exclusive jurisdiction to entertain and try any dispute arising out of or in relation to this Contract. No waiver by either party of any breach or default hereunder shall be deemed to be a waiver of any preceding or subsequent breach or default. The section headings used herein are for convenience only and shall not be given any legal import.

The Company has provided or may provide links and pointers to Internet sites maintained by third parties. Neither the Company, its parent or subsidiary companies nor their affiliates operate or control in any respect any information, products or services on these third-party sites. The materials in the Rozana Spokesman Network Sites and the third-party sites are provided “as is” and without warranties of any kind, either express or implied. To the fullest extent permissible pursuant to applicable law, the Company disclaims all warranties, express or implied, including, but not limited to, implied warranties of merchantability and fitness for a particular purpose. The Company does not warrant that the functions contained in the materials will be uninterrupted or error-free, that defects will be corrected, or that this site, including Bulletin Boards, or the server that makes it available, are free of viruses or other harmful components. The Company does not warrant or make any representations regarding the use or the results of the use of the materials in the Rozana Spokesman Network Sites or in third-party sites in terms of their correctness, accuracy, timeliness, reliability or otherwise. Subscriber (and not the Company) assume the entire cost of all necessary maintenance, repair or correction.

This service may include bulletin boards and chat rooms (“bulletin boards”) which allow feedback to the Company and real-time interaction between users. The Company does not control the messages, information or files delivered to bulletin boards. It is a condition of your use of the bulletin boards and the Rozana Spokesman Network Sites that you do not: restrict or inhibit any other user from using and enjoying the bulletin boards. post or transmit any unlawful, threatening, abusive, libelous, defamatory, obscene, vulgar, pornographic, profane or indecent information of any kind, including without limitation any transmissions constituting or encouraging conduct that would constitute a criminal offence, give rise to civil liability or otherwise violate any local, state, national or international law. post or transmit any information, software or other material which violates or infringes upon the rights of others, including material which is an invasion of privacy or publicity rights or which is protected by copyright, trademark or other proprietary right, or derivative works with respect thereto, without first obtaining permission from the owner or right holder. post or transmit any information, software or other material which contains a virus or other harmful component. post, transmit or in any way exploit any information, software or other material for commercial purposes, or which contains advertising. 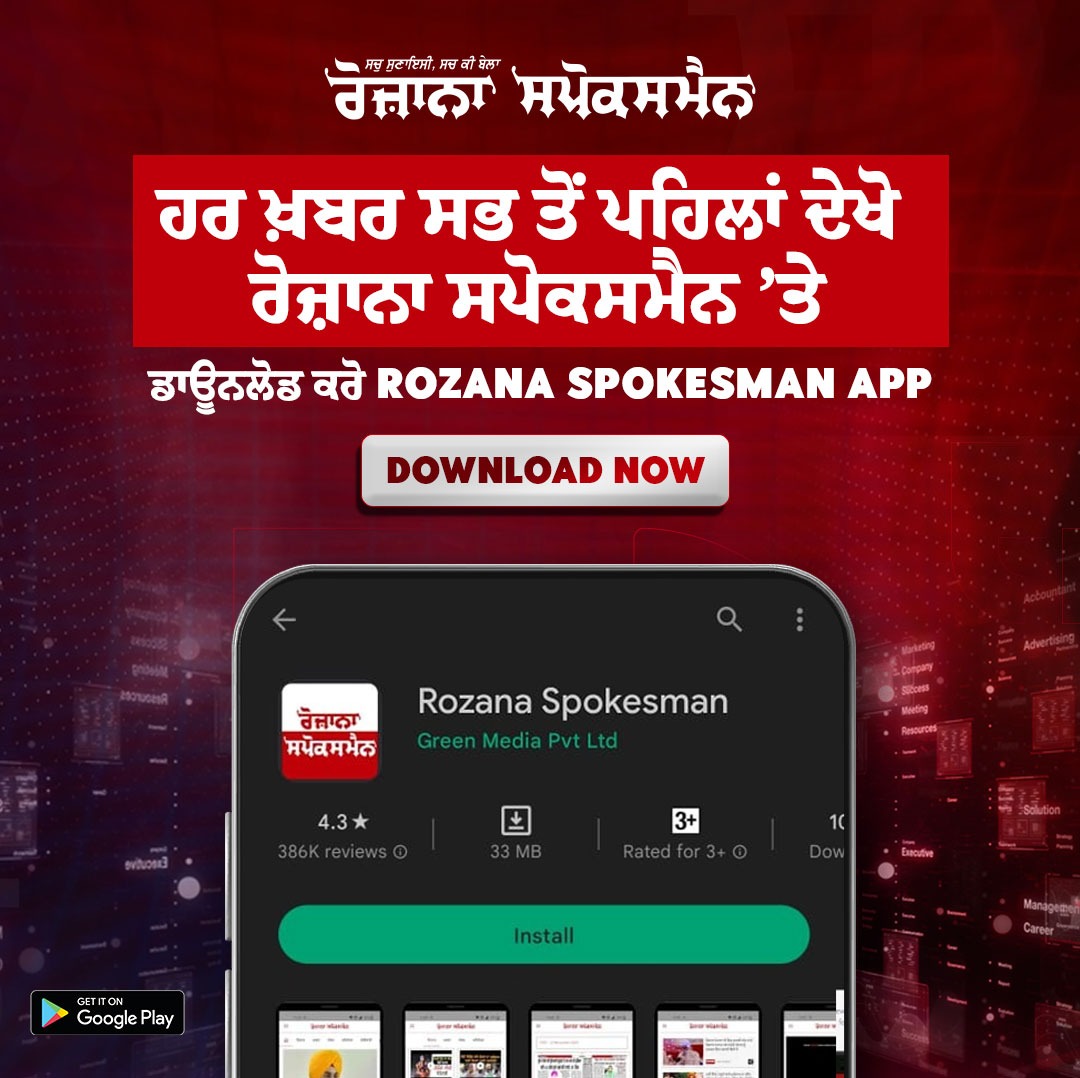